Driving us towards an energy crunch? The coming electric vehicle revolution

As part of a £3 billion clean air strategy, the government has announced a ban on the sale of new diesel and petrol cars from 2040. The goal of the scheme is to ensure that every road vehicle in the UK is zero-emissions by 2050. While this seems a long way in the future, it marks a profound change for how businesses will approach their logistics.

A major drive to improve air quality, which has significant impact on health across Britain and particularly in major cities, is to be applauded. On the wider scale, even the significant £3 billion investment could be recouped in reduced costs to the NHS associated with the health problems generated by poor air quality. A report by the Royal College of Physicians last year stated that poor air quality is a contributing factor to 40,000 deaths in the UK. 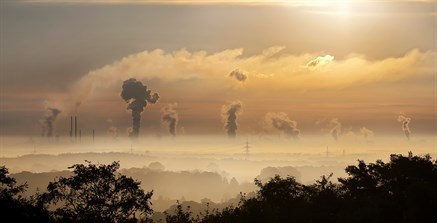 However, the scale of the change in terms of energy required presents the biggest increase in electricity demand the UK has ever seen. With around 26 million cars, four million vans and a quarter of a million lorries on Britain's roads, the burden of powering these vehicles represents an unprecedented challenge.

Before this new initiative was announced, National Grid were already warning of the threat presented by the growth in electric vehicles to the UK's energy supply and infrastructure. There are currently only around 90,000 electric vehicles on Britain's roads, but with figures forecasting a growth to nine million by 2030, this would see an increase in peak demand of as much as 8GW. This is more power than even the approved construction of Hinkley Point C is capable of producing.

Now even this figure does not reflect the true potential impact on our electricity infrastructure that the electric car revolution will have. Energy efficiency measures, such as LED lighting as well as continually evolving smart technology, have marginally slowed the rate of growth in demand for electricity in the UK, but the rise in electric vehicles will completely reverse this progress.

The UK's current energy strategy is disjointed and leaves us reliant on nuclear power, with an excessive strike price, and imported natural gas supplies. The next 10 years needs to see urgent, radical reform to how we produce and source our electricity, or we will face a far bigger threat to the security of supply than the current tight-margin issues we face during cold winters.

Businesses are forewarned that electric vehicles are likely to have a substantial impact on the price of electricity, driving up demand exponentially in the lead up to the government's 2040 deadline. We are reliant on an effective government strategy to deliver vastly increased amounts of electricity.

Given the current picture, it would be unwise to depend entirely on current or future governments to deliver this effectively and businesses should look to work towards protecting themselves from the impact of climbing energy prices. Investment in energy efficiency, reviewing usage and careful planning are all key to protecting your business. Expert advice and easy switching options are available to ensure that you pay as little as possible for your power, and the electricity you do purchase is used efficiently.